How Does Sleep Apnea Affect the Brain? 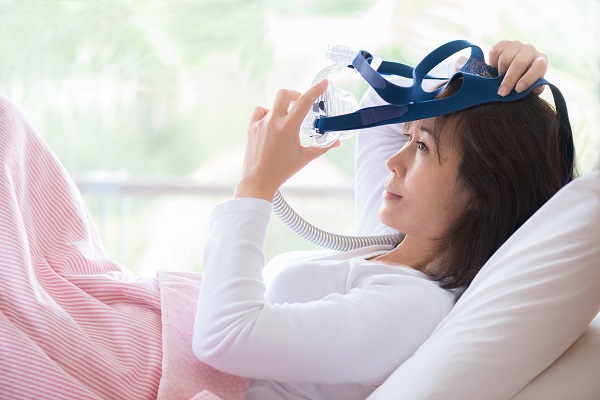 According to the American Sleep Apnea Association, approximately 25 million Americans have some form of obstructive sleep apnea, which is a chronic disease that involves frequent pauses in a person's breathing during sleep. Most health warnings about this condition focus on how it can lead to high blood pressure, heart disease and diabetes, but apnea can also negatively impact brain function.

How sleep apnea affects the brain

People with apnea often experience symptoms such as daytime drowsiness, shortened attention span, moodiness, depression, anxiety and reduced short term memory recall. Research has shown that the disease may also have a long term impact on the brain.

Physical changes in the brain

Sleep apnea can change the shape of the brain over time. Because people with apnea stop breathing during sleep, the brain is temporarily deprived of oxygen, which can result in brain damage. A study conducted by the UCLA School of Nursing found decreased amounts of both gray and white matter in subjects with apnea when compared to similar subjects without it. The study also found changes in the levels of neurotransmitters that affect thinking and physical functions, such as blood pressure and perspiration. Seung Bong Hong of the Sungkyunkwan University School of Medicine in Seoul, South Korea, concluded that decreased sleep quality and brain damage could lead to poor memory, emotional problems and decreased cognitive functioning.

Research has shown that sleep apnea may make it more difficult for short-term memories to be stored as long-term memories. An important part of the long-term memory creation process occurs during sleep. Because apnea disrupts sleep, it also disrupts this function, which can lead to memory loss. A study by New York University researchers found that subjects with sleep apnea may experience mild cognitive impairment as much as 10 years earlier than subjects without sleep disorders. The study also indicated that the disease might lead to earlier onset of Alzheimer's disease in some people with the condition.

Whether an oral appliance or CPAP machine is used, individuals suffering from sleep apnea will experience a better night's rest and a healthier brain.

Untreated sleep apnea can negatively affect both the physical and mental health of an individual. Snoring, choking sounds while asleep and daytime drowsiness may be signs of undiagnosed sleep apnea. Because treatment can reverse brain damage caused by the lack of airflow and prevent further damage, it is important for people experiencing the symptoms of sleep apnea to consult a doctor for testing and diagnosis.

Check out what others are saying about our dental services on Yelp: Sleep Apnea in Santa Clara, CA.

Patients who are afflicted with sleep apnea often experience a variety of symptoms during sleep, including snoring, irregular breathing patterns or even stopped breath. The condition can have long-term effects on the people who suffer …

What Symptoms Point Toward Sleep Apnea?

Sleep apnea is a common sleep disorder that causes an individual to stop breathing for short periods of time throughout the night. While many people are affected by this sleep disorder on a daily basis, …

It may be surprising to some, but did you know your dentist can actually help with sleep apnea? The dentist is able to prescribe and fit you for a special oral appliance that can assist …

Don’t Like Your CPAP? Try a New CPAP Alternative to Treat Sleep Apnea

We provide a CPAP alternative that can make it comfortable and convenient to treat your sleep apnea. Obstructive sleep apnea is a common and serious condition that impacts adults of all ages. It occurs when …

What Procedures Are Done at a Dental Checkup? »
« How does a Kid friendly a Dentist Replace Kids’ Missing Teeth?